In 1959, for the Project Mercury recruitments NASA conducted a series of “extraordinary physical examinations.” 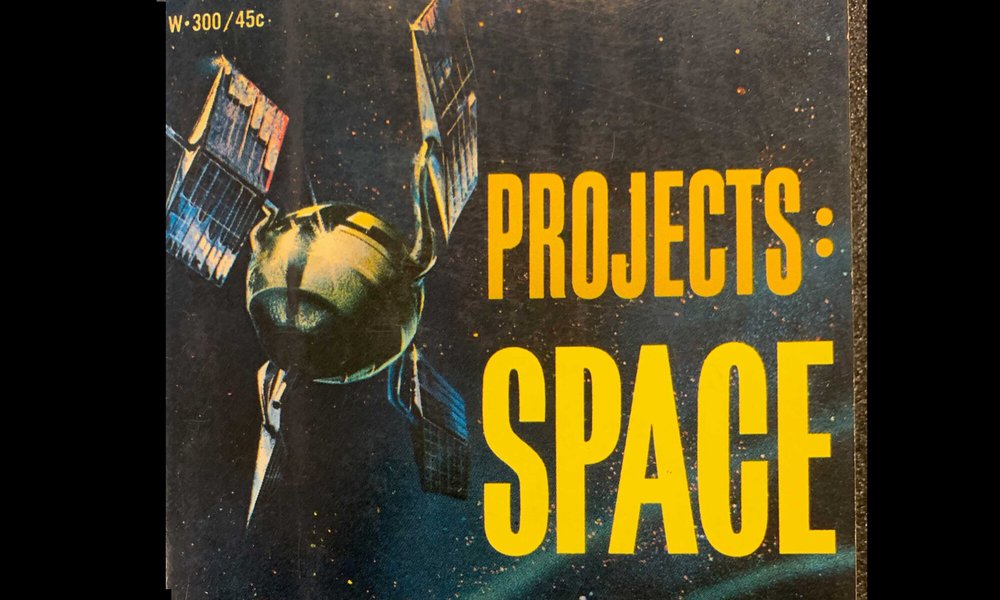 As a child, I remember my grandparents traveling to Florida every summer to visit the Kennedy Space Center. They would return home with gifts of signed photographs from astronauts in training, with pins and patches from the lunar missions. It was not long before I became obsessed! The idea of the bravery needed to climb into a space shuttle and travel over 238,900 miles to the moon is something I admire.

As an undergrad at Rhode Island College, I focused one of my final papers on space exploration experiments in the late 1950s to the mid-1960s. The National Aeronautics and Space Administration (NASA) was preparing to send humans into space for the first time, and it was important to monitor the astronaut’s mental capabilities not only for the mission research, but also for their mental health. The experiments in space psychology and human isolation were designed to answer the question about whether mankind, being social creatures, could survive long durations of solitude, essentially pushing the limits of astronauts, explorers, and scientists.

For the Project Mercury recruitments in 1959, NASA conducted a series of “extraordinary physical examinations” on 110 men from the Navy, Marines and Air Force, all volunteering to be the first NASA voyagers to space. Examinations included acceleration tests, vibration tests, heat tests, and loud noise tests, placing their feet in ice water, and blowing up balloons until the men experienced exhaustion. At the end of the tests, NASA selected seven men who had successfully completed the program. The Mercury 7, as they were later called, Scott Carpenter, Gordon Cooper, John Glenn, Gus Grissom, Wally Schirra, Alan Shepard, and Deke Slayton, were viewed as national celebrities, representing the United States in the great Space Race. 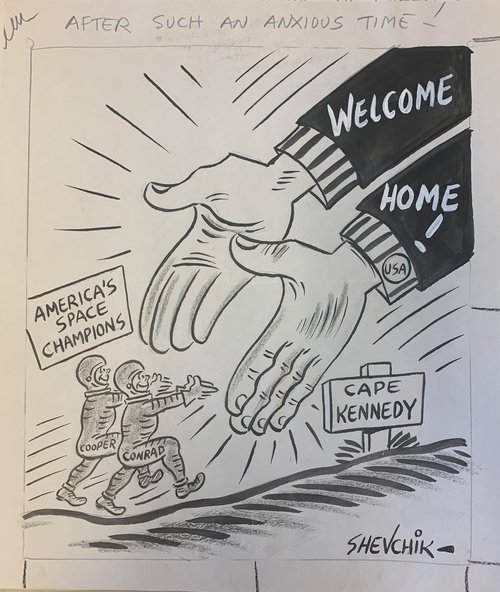 In 1979, author Tom Wolfe wrote The Right Stuff about the Mercury Project and the seven men that successfully completed NASA’s toughest tests. These seven men had the “right stuff” to represent the United States and launch humankind into the unknowns of space. “The pilots who signed up to crawl into the Mercury capsule- the capsule – everybody noted, not the ship– would be called ‘astronauts.’ But, in fact, they would be lab rabbits with wires up the tail and everywhere else.” In 1983, Hollywood director Philip Kaufman, brought Tom Wolfe’s story to the big screen starring Sam Shepard, Fred Ward, Dennis Quaid, Ed Harris, Scott Glen, Lance Henriksen, and Scott Paulin as the Mercury 7. 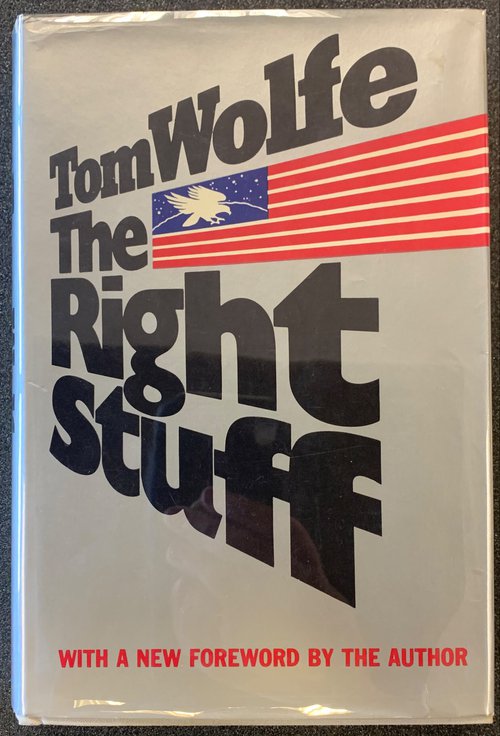 Author Judith Viorst covers the theme of isolation in her book titled, Projects: Space. “These tests have confirmed the fact that loneliness can really get a man down. ‘Nice guys’ moved from mild irritation to violent hostility; hallucinations plagued even the most stable of volunteers.” For some crew members, being in a confined area with the same number of people can cause issues. In 1959, one of these cases took place at Russia’s Antarctic station Vostok, where a man was murdered after his team member was defeated in a game of chess. NASA’s research team needed to evaluate any possible situations in group isolation tests to make sure a crew could complete a task together without placing the mission in danger. 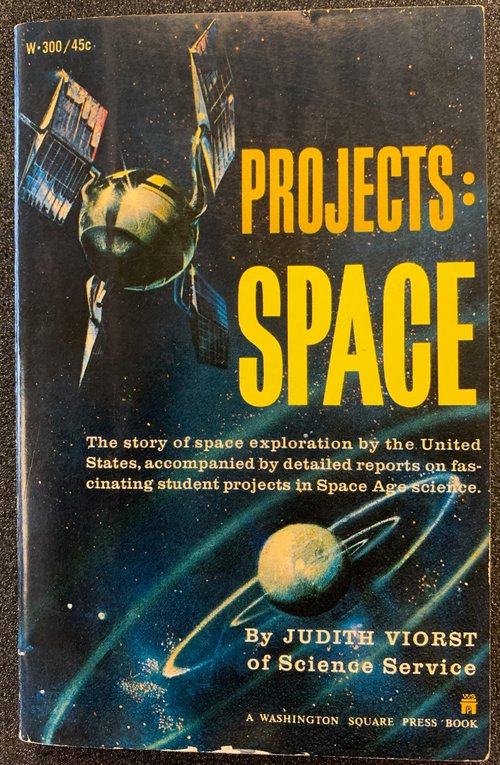 American scientists were not the only ones conducting space-related experiments to discover any effects of isolation. On August 12, 1961, the USSR started the Vostok Project and sent Yuri Gagarin, a 27-year-old cosmonaut, into space. It was stated that the Soviets were closely monitoring Gagarin’s stress levels, but he never showed signs of abnormal behavior. Despite the Soviets keeping their cosmonaut training private, rumors emerged that upon re-entry, the cosmonaut encountered a complication. Gagarin’s capsule wires had failed to separate from the module and his small craft began to spin out of control. One can only imagine the sickening fear going through Gagarin’s mind as he was helpless in stopping his current situation. As the young cosmonaut got to 20,000 feet and was on the verge of blacking out, he was ejected from his seat and safely returned to Earth. The entire mission lasted 108 minutes. A few months after Gagarin’s flight, Alan Shepard became the first American in space. NASA started a training technique of “conditioning” crew members to react calmly to possible stressors and resolve the problems. This technique helped minimize stress during a mission, but also gave the crew confidence during their confinement.

In 1962, Michel Siffre, a French speleologist (one who studies caves), shut himself in the caves of the French Alps to study the effects of the human biological clock. Much like the sensory deprivation rooms, Siffre was in total isolation, except for unscheduled phone calls to his team above ground. Siffre’s study was funded by NASA. In a 2008 interview Siffre stated that he experienced time as one day: “After one or two days, you don’t remember what you have done a day or two before. The only things that change are when you wake up and when you go to bed. Besides that, it’s entirely black. It’s like one long day.” Siffre’s study eliminated the sensory factor of sight in connection to the sun, whereas for space explorers the sun will always be present.

The experiments and tests in human isolation and confinement are not over. Since 2016, NASA has been developing a mission to land humans on the planet Mars by the 2030’s. The Mars mission will take approximately eight months of travel to reach the red planet and surprisingly, the coronavirus might have had a positive impact on answering NASA’s questions of long duration flights! Just like the other tests, the human population was isolated in their homes and mastered the ability to adapt to the unforeseeable challenges. For some, it was seeing family virtually on Zoom and for others it was modifying their home and work life. But we had a small taste of the conditioning that astronauts endure. As President John F. Kennedy stated in his “We choose to go to the moon” speech delivered at Rice University in Texas: “If this capsule history of our progress teaches us anything, it is that man, in his quest for knowledge and progress, is determined and cannot be deterred.” I cannot wait to see how far we go.