The Preservation Countdown coverage continues. Check out the episode on Margaret Bourke-White today! 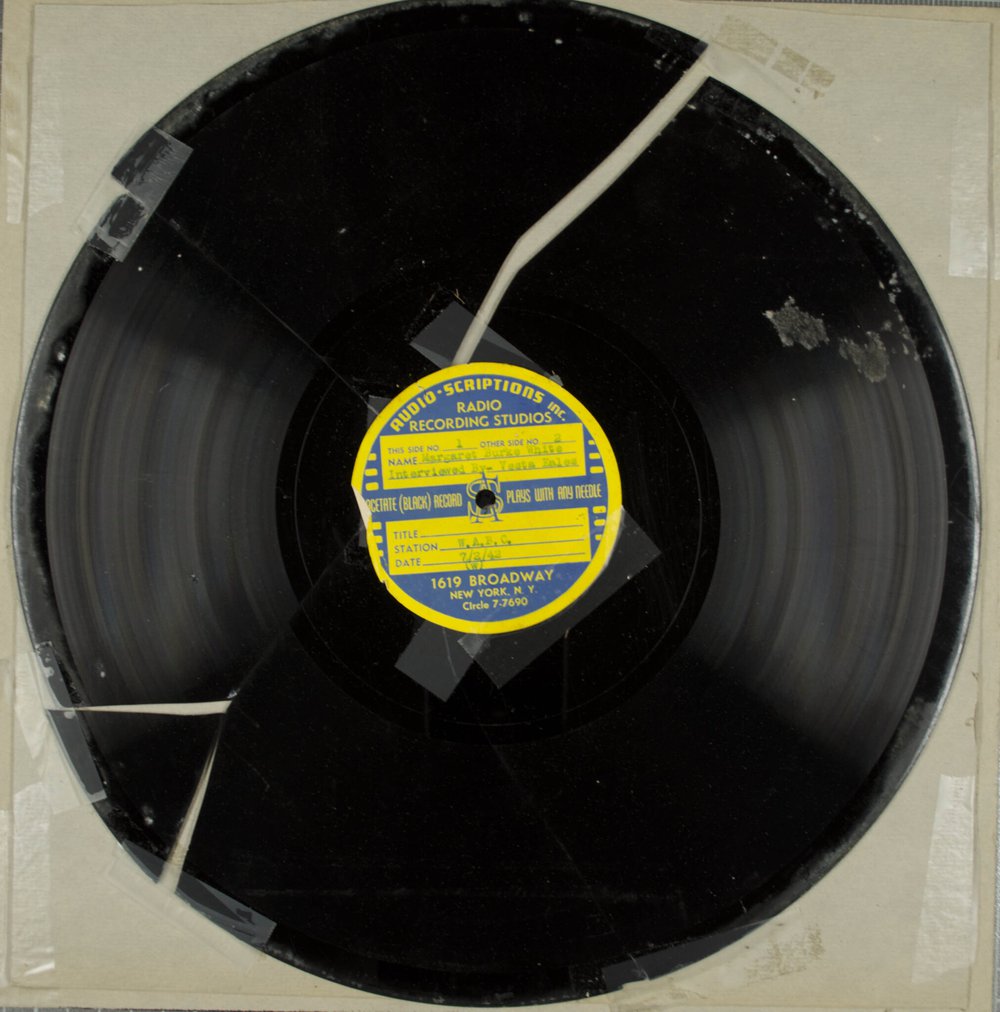 Margaret Bourke-White was known for taking risks. An American photojournalist and war correspondent, she shot the cover photograph for Life Magazine‘s first issue in 1936, beginning a professional relationship that continued for several decades of the magazine’s publication and her career. Bourke-White traveled across the United States during the Great Depression and she extensively chronicled the Mediterranean and Middle East Theatre during World War II. She photographed the social and industrial conditions of Soviet Russia in the early 1930s, the first foreign photographer to do so, and she documented guerilla warfare in Korea during the 1950s. Wherever she went, she seemed to train her photographer’s eye to major events of the 20th century. And, most of her accomplishments can not only be denoted as “the first female” photographer, but indeed, as simply, “the first.” 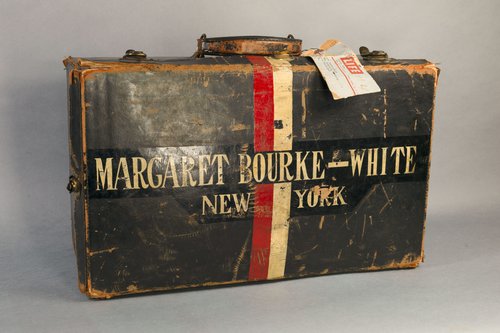 In 1937, her sometimes-collaborator and later-husband, Erskine Caldwell, carried flashbulbs in his pockets so that the pair could document the Depression-era American South for their first collaboration together, You Have Seen Their Faces. In 1946, on assignment for Life Magazine, she held three flashbulbs herself, when she took, possibly, her most famous photograph: Gandhi spinning at his wheel.

Margaret Bourke-White’s collection of photographs and recordings, held at SCRC, is one of several collections that has been identified as part of SCRC’s preservation plan with NEDCC. The visual and audio collections of the American photographers, Jackie Martin and Clara Sipprell, were also identified as part of this preservation endeavor. Below, Michael Dermody discusses the preservation project and Jim Meade touches on the challenges of preserving the deteriorating lacquer disks in the Margaret Bourke-White collection. 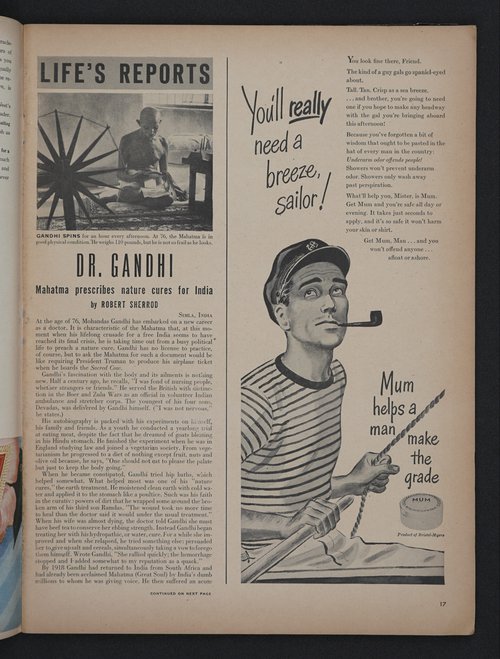 The famous photograph of Gandhi spinning at his wheel in the July 15, 1946 issue of Life Magazine. Rare books.

On the Topic of Lacquer Disks

Margaret Bourke-White discussing photographing during World War II amidst the lights and noises of bombs dropping from the sky.

Lacquer discs, such as those in the MBW collection, are also known as acetates or transcription discs. These discs were used to make instantaneous recordings in radio production and recording studios from the 1930s to the late 1950’s. The arrival of tape recorders in the post WWII period made lacquer discs largely redundant. However, they are still used today in the production of vinyl records. 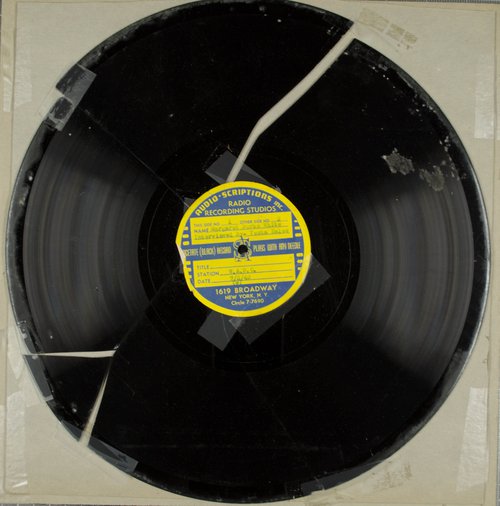 Lacquer discs consist of a thin aluminum plate covered with a cellulose nitrate lacquer coating and look much like regular vinyl records. This lacquer coating is soft enough to be cut on a recording lathe and hard enough to be played back instantly on a normal record player. The discs are sturdy enough to withstand several plays, but the sound quality deteriorates quickly with repeated playing.

Lacquer discs are among the most fragile and at-risk sound recording formats we have in our sound archives. Over time, unstable storage conditions can cause the aluminum substrate to flex due to temperature fluctuations. The aluminum expands and contracts at a different rate to the cellulose nitrate lacquer coating, causing the two to separate. The lacquer can crack and flake off the aluminum core, rendering the discs unplayable. This process is called delamination.

On the Topic of Photograph Preservation

The Margaret Bourke-White photo preservation project emerged from a much larger effort to develop a comprehensive preservation plan for the hundreds of thousands of photographic prints and negatives held in the collections of SCRC and the University Archives. Beginning in 2014, this comprehensive effort made a systematic assessment of existing facility environmental and storage conditions. It was clear from the initial analysis that significant efforts would be required to secure the long-term preservation of the priceless, unique, and highly at-risk collections in the Libraries’ care. 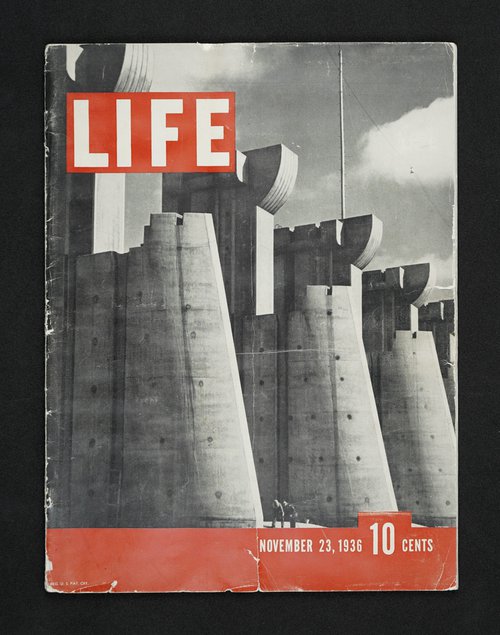 With an overall commitment of over $700,000 dollars from SCRC budgets, the NEDCC project began in 2017. The Bourke-White component of the project is now complete, while work on digitization of the other collections involved is on schedule to finish by the end of 2021.

Beginning in 2015, work on design and planning for the MOD2 specialized storage facility made significant early progress with a substantial investment of planning funds from the University. In collaboration with Libraries’ staff, outside consultants and the University’s Campus Planning Design and Construction office, VIP Architectural Associates produced a complete and final set of Construction Plans issued in 2016. Funding for construction of the MOD2 facility remains in development at present. As physical materials return from the NEDCC packed for frozen storage, the Libraries is urgently working to develop a provisional storage plan while we continue to advocate for funding for MOD2 construction.