Dining with the Stars: A selection of cookbooks from the Opar collection

Barbara Opar, Architecture Librarian, is pleased to share her collection of novelty cookbooks. This collection brings together her interests in cooking, books and popular culture.

Cookbooks are chronicles that reflect and document. Barbara's collection began with the basics like the Joy of Cooking, .then moved on to Julia Child and the like. Somewhere along the line when travelling, she began to collect regional cookbooks which served to remind her of places she had eaten and local favorites. She also added ones from notable restaurants.

Why novelty cookbooks? One holiday she was given The Beverly Hillbillies Cookbook by then art librarian, Randy Bond. Suddenly she noticed others like that one and began to collect a few that reminded her of TV shows growing up. Like any collector, she began actively looking for them, adding new titles when she saw them. You might be surprised to learn how many of these types of books have been published! The output changes – some years there are a variety of interesting and engaging titles in stores or online. While at other times only a few. But as you can see from the recent Golden Girls Cookbook, they are still being produced. When the Star Wars one appeared, she knew there would be more like that to follow.

While she does not recommend using any recipes from certain books, others do have solid down- home recipes like Aunt Bee’s Mayberry Cookbook. Some cookbooks reflect a connection to the importance of meals in the show, such as Blue Bloods. With respect to others, the connection is far more tenuous.

This exhibit showcases one type of novelty cookbook. But there are many other kinds including cookbooks tied to artists- Claude Monet, James Whistler, Frida Kahlo—though she has not seen many of those. Literary figures like Jane Austen and Maya Angelou. Isaac Hayes and Snoop Dog have cookbooks. The list goes on.

by Barbara Opar, Librarian of Architecture 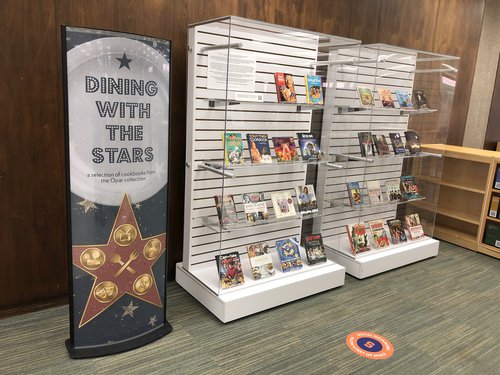 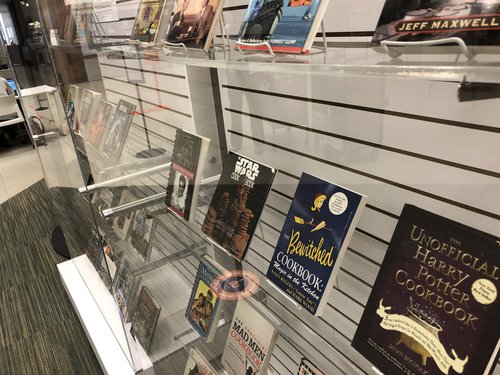