At 6:25 p.m. on December 21, 1988, the regularly-scheduled Pan Am Flight 103 departed London’s Heathrow Airport for New York’s John F. Kennedy International Airport en route to its final destination of Detroit, Michigan. At 7:03 p.m., as the Boeing 747 leveled off at 31,000 feet just north of the England-Scotland border, an explosion blew a 13-by-23-inch hole in the fuselage. The plane broke apart and plummeted to earth. The bombing and crash claimed the lives of all 259 individuals on board the plane and 11 residents of the town of Lockerbie, Scotland on the ground below. The victims were citizens of 21 countries. Of those killed, 190 were United States citizens, making the bombing of Pan Am Flight 103 the deadliest terrorist attack against American civilians prior to September 11, 2001. It remains the deadliest attack in the history of the United Kingdom. 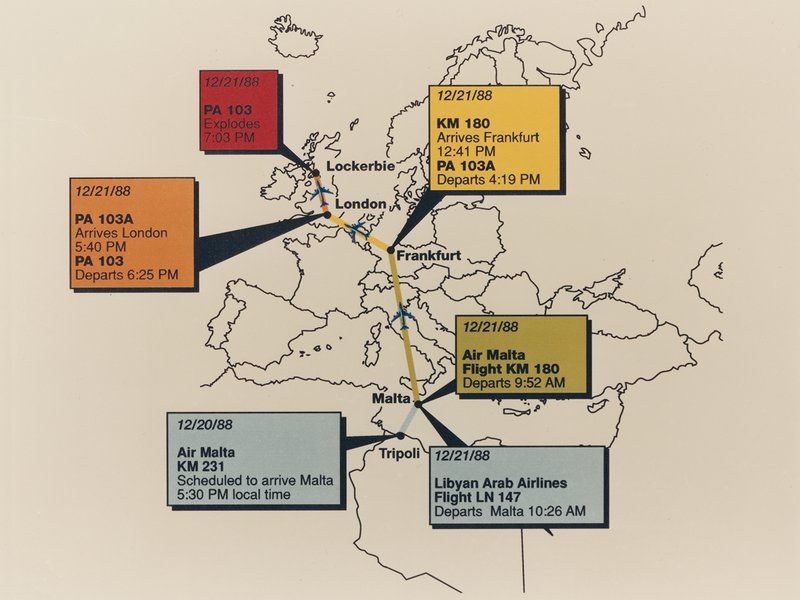 Map of flights connecting to Pan Am Flight 103, circa 1990s. Richard A. Marquise Collection.

Among those killed in the bombing were 35 students returning home from a semester abroad in London, England and Florence, Italy through Syracuse University’s Division of International Programs Abroad (DIPA). At the January 18, 1989 memorial service held in the Carrier Dome, Chancellor Melvin Eggers promised their families their “sons and daughters [would] be remembered at Syracuse University so long as any of us shall live and so long as the University shall stand.” This promise was realized in part through the construction of the Place of Remembrance, the establishment of 35 Remembrance Scholarships and two Lockerbie Scholarships, and the founding of the Pan Am Flight 103/Lockerbie Air Disaster Archives.

On August 6, 1990, the Syracuse University Archives and the Vice President for Undergraduate Studies sent a letter to the families of the 35 Syracuse study abroad students and the deans and directors of University schools, colleges, and offices informing them that the University had established a Pan Am Flight 103 Archives. The mission of this Archives would be to “bring together in one place materials generated regarding the disaster and make those materials available for research.” The Archives would also “provide a place to personalize the students whose lives were lost; where their families could donate materials by or about them to let the world know in some way what had been lost by their deaths.” With over 400 linear feet of collections, the Pan Am Flight 103/Lockerbie Air Disaster Archives is the only archives solely dedicated to the bombing, its aftermath, and commemoration of the lives of the victims.

The first donation to the newly-formed Archives, from a family of the one of the 35 Syracuse University study abroad students, arrived almost immediately in August 1990. This donation would become the Kenneth John Bissett Family Collection and included some of Ken’s early artwork, his writings, and photographs. “I realize that, indeed, there is some way Ken’s memory will go on,” wrote his mother, Florence. Since that first donation in 1990, the Pan Am Flight 103/Lockerbie Air Disaster Archives has continued to collect correspondence, journals and diaries, photographs, examples of creative works, video and audio tapes, and other materials that help to preserve the legacies of those killed in the bombing. In 2006, the Archives’ collecting scope was expanded to include all 270 victims of the disaster and the Archives continues to grow its collections through donations from the victims’ families and friends that represent them as individuals with full and rich lives. These collections frequently include materials documenting the work of the victims’ families in the years since the bombing in advocating for justice for their loved ones and improvements to aviation security. Materials have also been donated to the Archives for several of the mutual support and advocacy groups founded by the families and their supporters. 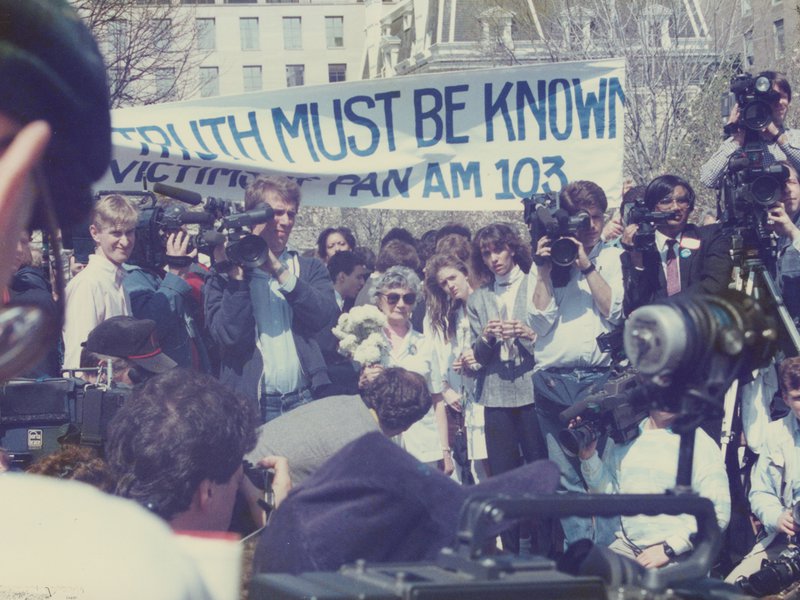 Campus offices began transferring to the Archives records that documented the ways in which Syracuse University had responded in the immediate aftermath of the disaster. These records have since grown to include documentation of the initial response and support offered to the students’ families, hundreds of condolences received by the University from other academic institutions and private individuals, planning documents for the January 1989 memorial service and the 1990 dedication of the Place of Remembrance, records of the Remembrance and Lockerbie Scholars Program, materials documenting Syracuse University College of Law’s involvement with the Lockerbie Trial Families Project, and other relevant materials.

The Pan Am Flight 103/Lockerbie Air Disaster Archives’ collecting scope also includes materials documenting the experiences of individuals, communities, and organizations beyond Syracuse University affected by and connected to the tragedy, including collections documenting the experiences of Lockerbie residents in the aftermath of the disaster. In addition, the Archives holds collections related to the work and experiences of members of both the Scottish and American investigative teams, as well as journalists, scholars, and documentarians who have covered the disaster and subsequent related events. In a further effort to develop the most comprehensive archival repository related to the Pan Am 103 tragedy, the Pan Am 103 Story Archives Collection contains both oral histories and written narratives from those with direct personal knowledge of the disaster. These stories include memories of the 270 victims, the days immediately following the disaster, the effect of the bombing on individuals and communities, and reflections on how the bombing of Pan Am 103 continues to shape our understanding of and conversations about terrorism today. 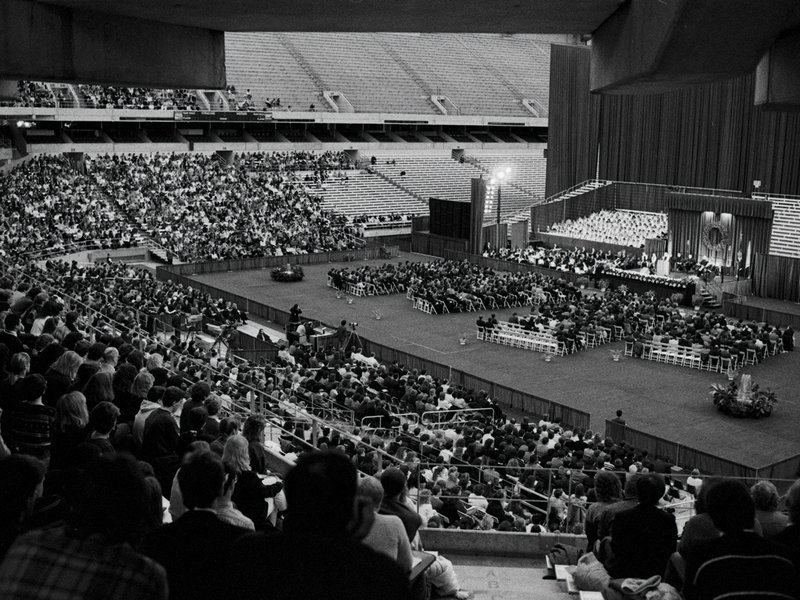