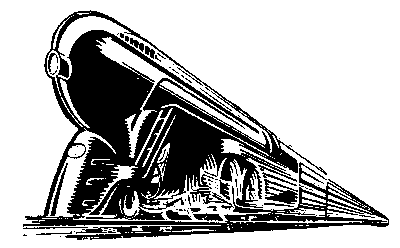 From their beginnings in the second third of the 19th century, railroads symbolized the rapid growth of this nation. They accelerated the westward expansion, moving ever increasing volumes of raw materials and finished goods to markets, transporting passengers, and in times of war playing a critical role in the mobilization of forces. Railroads have been characters in film and literature, providing speed, danger, adventure, opportunities for romance, crime, as well as damsels in distress for bold heroes to rescue. They have fascinated generations of young and old. Children dream of finding a toy train under the Christmas tree or of becoming an engineer.

The Special Collections Research Center at Syracuse University Libraries are home to the papers of a number of railroad companies — among them the New York Central, Erie Railroad, Baltimore and Ohio, and Lackawanna and Wyoming Valley — as well as the papers of the American Locomotive Company (ALCO). These records include photographs, journals, financial records, and annual reports allowing researchers to develop an insight into the inner workings of America's first true "big business."

With this exhibition we present "snapshots" of railroading from its beginnings through the end of the steam era in the ‘30s and ‘40s, shown in historical texts and images, sound recordings, popular literature, corporate publications, and advertising.

The exhibit was curated by Peter Verheyen and Donia Conn.