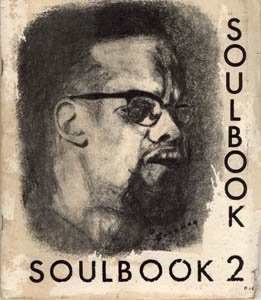 A Love Supreme, is titled after John Coltrane’s 1964 revolutionary jazz album and spiritual declaration and best encompasses the breadth of Black American life featured in this exhibition. Showcasing both the Black Power Movement and its cultural counterpart, the Black Arts Movement, as each iteration called for the narrative of Blackness to be authored by and for Black people, A Love Supreme amplifies the “Say it Loud! I’m Black and I’m Proud” and “Black is Beautiful” ethos that were actively tying together the lived experiences of Black people around the World.

This exhibition highlights the dedication of Black writers, leaders, visual artists, and performers of the 1960s and 1970s in cultivating a sense of Black consciousness and racial pride not only in the form of large-scale movements but also highlighted the everyday intimate moments. Publications from Third World Press and Broadside Press, which published the works of lesser-known poets as well as prominent Black Arts poets such as Amiri Baraka, Gwendolyn Brooks, and Sonia Sanchez will be featured along with material of both well and little-known Black visual artists of the time, such as Emory Douglas, Masood Ali Wilbert Warren, Carole Byard, and Jerry Wilson