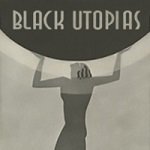 Co-curated by Dr. Joan Bryant, associate professor in the African American Studies Department, and Dr. Lucy Mulroney, Senior Director for the Special Collections Research Center, “Black Utopias” commemorates the 50th anniversary of the publication of The Autobiography of Malcolm X, the best-selling narrative of one of the most prominent men of the Civil Rights era.

This anniversary holds special significance for Syracuse University because the Libraries' Special Collections Research Center is home to the records of Grove Press, the avant-garde publisher of the Autobiography. Grove hailed the book as one of its "most important" publications. The first printing of 10,000 copies sold out before it was released in October 1965.

“Black Utopias” takes the personal transformations that form the narrative arc of Malcolm X’s Autobiography as the framework for exploring a range of utopian visions that have shaped Black American life. Although utopias are, by definition, the stuff of dreams, the examples presented in this exhibition are firmly rooted in historical experiences of subjugation, inequality, and injustice. They are at once visionary and modest endeavors to craft worlds of freedom, unity, power, equality, and beauty.

The exhibit will feature the handwritten letter that Malcolm X sent to Alex Haley during his pilgrimage to Mecca, as well as other unique and rare materials from the collections. It includes documents by little-known individuals and such prominent figures as W.E.B. Dubois, Langston Hughes, Madam C. J. Walker, James Ford, and Martin Luther King, Jr.

Opening reception: October 15 from 5 to 7 p.m. Free and open to the public.

Marathon community readings of The Autobiography of Malcolm X for Banned Books Week:

September 29 from 2 to 6 p.m. in the Peter Graham Scholarly Commons in Bird Library

October 1 from 5 to 7 p.m. at Beauchamp Branch Library, located at 2111 South Salina St. in Syracuse.