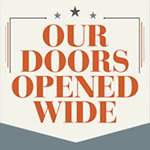 The Servicemen’s Readjustment Act of 1944 proved to be one of the most significant pieces of legislation enacted by the United States Congress. Commonly known as the GI Bill, it offered millions of returning World War II veterans a college education, something most would not have been able to attain otherwise. Between 1945 and 1950, the GI Bill supported some 2.3 million students nationwide, leading to new opportunities for veterans and their families and a transformation of higher education.

Few universities in the country were more closely identified with the GI Bill than Syracuse University. Announcing a "uniform admissions program," Chancellor William Tolley promised servicemen and women that there would be places waiting for them at the University when they returned after the war. Later in life, he remembered, “I realized that if a veteran didn't go to college as soon as he came back, he'd never have another chance. It was now or never. Now was not the time to shut the doors. Our doors opened wide in 1946.”

Opening those doors brought irrevocable change to Syracuse University. Veterans began enrolling in significant numbers immediately after the war. Although still a small university by national standards, Syracuse ranked first in New York State and 17th in the country in veteran enrollment. The resulting “GI Bulge” called for more housing and classrooms. Temporary buildings sprang up all around campus and surrounding areas. New academic programs were developed and social rules were changed. Veterans altered the landscape of campus by their sheer numbers, but they also changed the nature of student life and even challenged the University’s traditions.

Syracuse University was both tested and transformed by the GI Bill. The years 1945 to 1950 were not easy for anyone - not for the veterans, who were eager to make up for lost time, and not for the University, which faced challenges beyond anything in its history. But Syracuse took on those challenges with what came to be known as its "Can Do Spirit," which prevailed among faculty, staff, and students alike. That spirit of innovation, commitment, and caring - born during these years - shaped a new Syracuse University and set its course to the future.