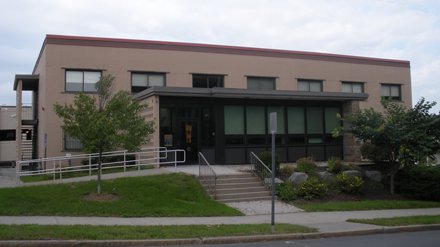 Notes: Built by Sigma Alpha Mu Fraternity on vacant lot owned by SU as part of University's plan for expansion. In May 1992, Chapter ceased to exist at SU and in July 1998 the corporation composed of fraternity alumni that owned the building sold it to SU. Became home to Office of Institutional Research and Assessment.