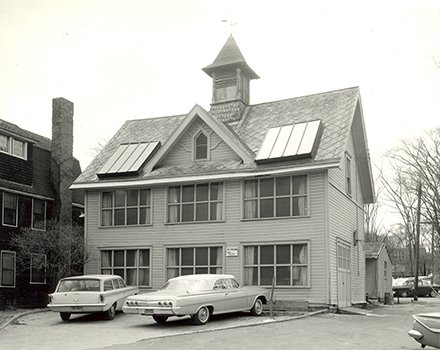 Notes: The former carriage house barn was converted to a sculpture studio for noted sculptor Ivan Mestrovic during his time teaching at the university, 1947-1955. The name "Bauhaus" was given to it by Mestrovic's students. It was demolished, along with several other buildings, in 1981 to make way for University Inn and Conference Center that later became University Sheraton.