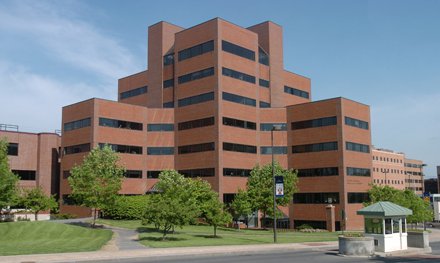 Notes: Originally built as the School of Management building, it holds classrooms, administrative offices, and a 200-seat auditorium. When the Whitman School of Management Building was constructed in 2005, Crouse-Hinds became home to offices such as Academic Affairs, Admissions, the Chancellor's Office, and the Provost's Office.