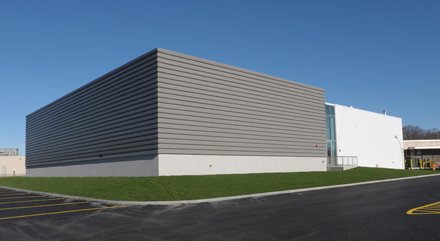 Notes: Constructed in accordance with LEED "Green Building" principles, at the time of its completion in December 2009 the Green Data Center was considered the most energy-efficient computer data center in the world. The center featured a number of innovative technologies, including an electrical co-generation system that used natural gas-fueled microturbine engines to generate all of the center's electricity and to provide cooling for computer servers.