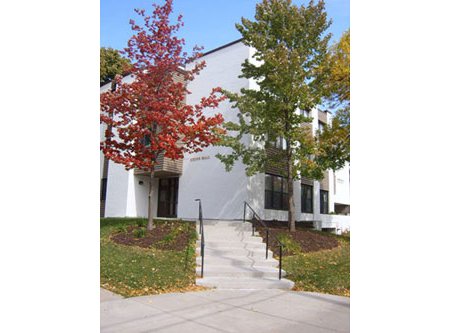 Purchased by Syracuse University: May 1974

Opened for Use: September 1974

Notes: Originally built for the Phi Sigma Sigma sorority through donations from previous members of the sorority. After housing the sorority for only a few years, low enrollment caused the house to be sold to the University. Called the International Living Center, the residence hall housed 38 residents on two floors and provided an intercultural living environment that sought to foster international understanding through interaction with people from diverse backgrounds. In 2007 it was rededicated as Oren Lyons Hall, in honor of 1958 alumnus Oren Lyons, Onondaga Nation faithkeeper and SU All-American lacrosse goalie in 1957 and 1958.