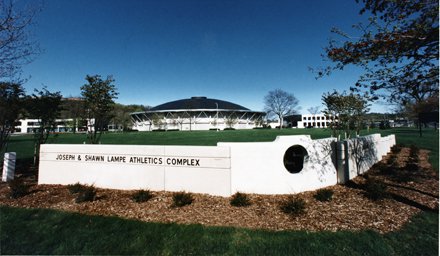 Funding: Coyne donated $600,000 for a synthetic surface for the field

Notes: As of 2011, the largest outdoor sports facility on SU's campus. Used for both field hockey and as a practice football field, a 1993 renovation added a press box, bleachers for 2,700 spectators and a concession area. In 1996, the entire substructure was replaced and a new drainage system was installed, as well as new mercury vapor lights for night games. In 2005, the field was renovated again with a newer artificial surface, Astro 12.