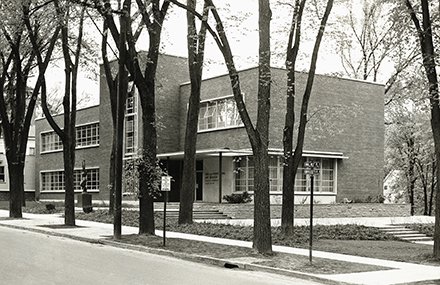 Named for: Joe and Emily Lowe

In 1975 the Syracuse University bookstore took over the building. It was later enclosed as the southeast section of the Schine Student Center. The Lowe name was carried on as the Joe and Emily Lowe Art Gallery, merging in 2007 with the University Art Collection housed in the Shaffer Art Building.