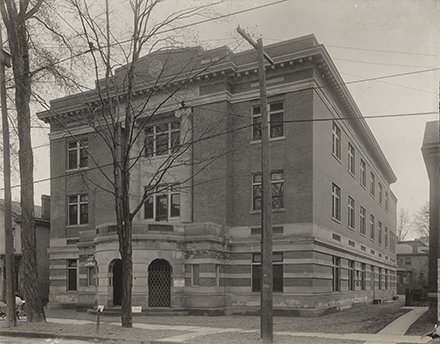 Notes: In 1912 SU purchased the properties at 610 - 614 E. Fayette, tearing down the existing brick buildings, with the intention of erecting a Free Dispensary associated with the College of Medicine. A citywide labor strike in 1913 delayed construction, but the Dispensary opened in 1914. Although SU turned over the College of Medicine to the State of New York in 1950, the Free Dispensary continued to operate in this location until notified by the University in 1954 that it must vacate as SU now had another use for the building. In June 1957, SU reclaimed use of the building and renovated it for University College. The building was put up for sale in October 1996.