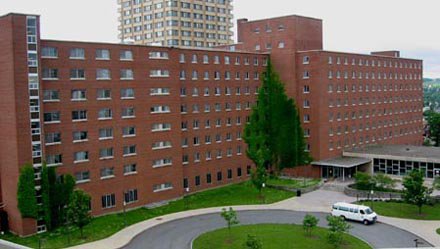 Space: When opened the building had facilities for housing 476 students and dining facilities for 800. Also included were an open lounge with a study room, a snack bar, and a laundry room.

Notes: Originally built as a men's dormitory, the residence hall was built on a section of the former Hendricks Field.