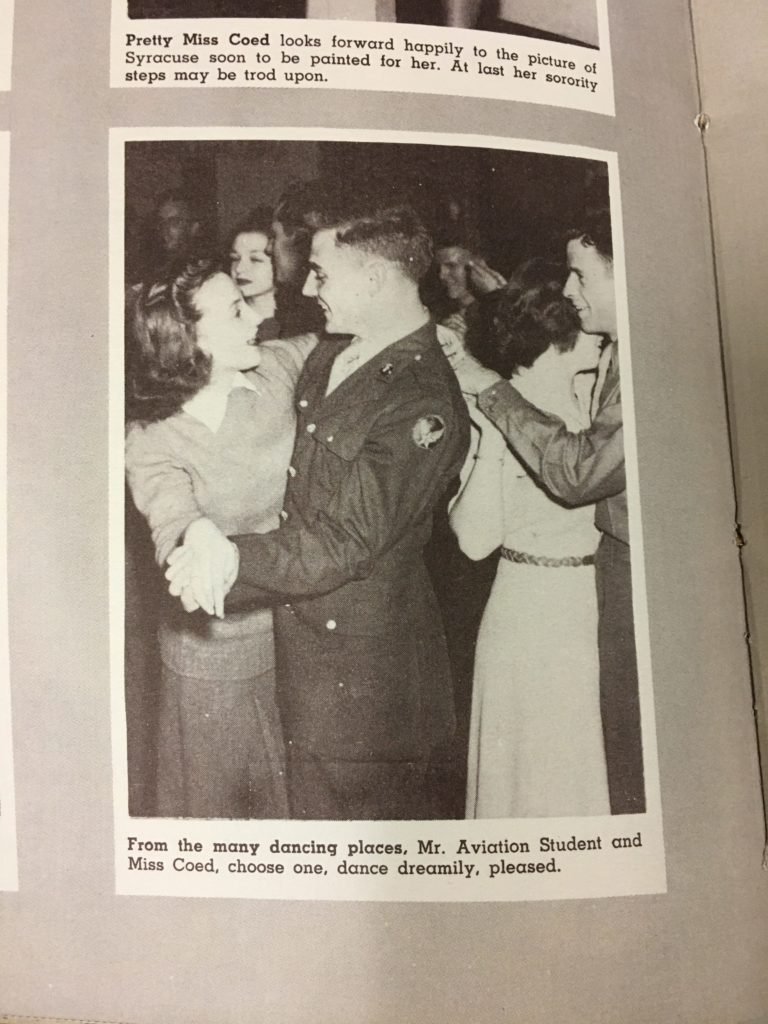 When I process a new collection, or reprocess an old one, our University Archivist cautions me at least once with the same phrase: “Nicole, don’t get pulled in too far.” She wants to make sure I don’t spend too much time on extraneous details, since my primary goal is organization. I always need the reminder. No matter what I’m working on, I’m inevitably drawn to figuring out as much as humanly possible about the person or organization and the context of the collection. I love making connections and crafting a narrative. Sometimes, I’m overwhelmed by the idea of so many stories collected in one place, but most of the time I can’t resist taking that deep dive into a collection.

A recent collection that pulled me in was the Syracuse University Military and World Wars Reference Collection. I was reprocessing it and split it into three collections: Syracuse University ROTC Collection, Syracuse University World War I Collection, and Syracuse University World War II Collection. History, especially military history, doesn’t hold much interest for me, but I still found myself engrossed in the collection. In The Fledgling, a yearbook-style publication documenting military aviation activities on campus during the Second World War, there are several pictures of servicemen with their significant others at dances, on dates, and saying goodbye. I looked at all the different couples and thought to myself, “I wonder what their story is.” I’d ravenously read any documentation of social activities for those in the service. I even read all of the rules for women working in the social clubs at Hendrick’s Chapel (yes, ALL of them). I couldn’t get enough of all the materials, which painted pictures in my head and inspired musings about how often the rules may have been broken. I went so quickly down the rabbit hole because my husband is a Marine Reservist on a deployment to the Pacific. I saw myself in these pictures from the past and, as I pieced together a narrative of an era, I couldn’t stop myself from contemplating the minutia of the day-to-day lives of these couples. 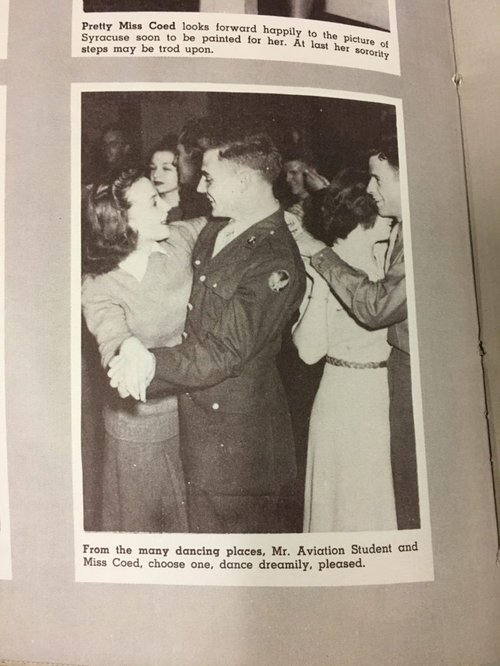 The image that made me wonder about all the potential drama. Photograph from Vol. 1, No. 6 of The Fledgling. (October, 1943) From the Syracuse University World War II Collection. 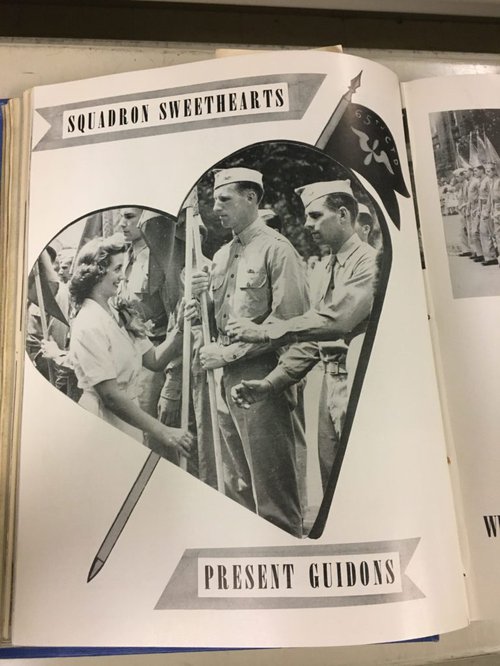 The first image that pulled me in. "Squadron Sweethearts Present Guidons" Photograph from Vol. 1, No. 3 of The Fledgling. (August, 1943) From the Syracuse University World War II Collection.

The picture that first pulled me in was a cropped photograph inside a heart with an arrow through it titled “Squadron Sweethearts Present Guidons.” The romantic in me instantly saw the connection between the two featured individuals and I thought of the times I’ve picked my husband out of a crowd of identically dressed Marines. I asked myself what my life might be like if my husband and I had lived during those times and met at a place like Syracuse University. Flipping through the pictures of dances, I wondered if there was as much drama about the dress selections of the women as there can be at military balls today.

The image that pulled me in emotionally was a picture of a couple saying goodbye. Being sent to fight in World War II is not the same as being sent for training in the Pacific, but I felt the emotion of that couple’s embrace. I felt present in that moment almost 75 years later and wondered if 75 years from now another military couple might stumble across a similar photo of my husband and me and feel present in that same way. I wonder if some graduate student worker would contemplate the minutia of my day to day life and put herself in my shoes, wondering about the drama at the military balls I’ve attended. I wonder if she’ll be pulled in by my story. 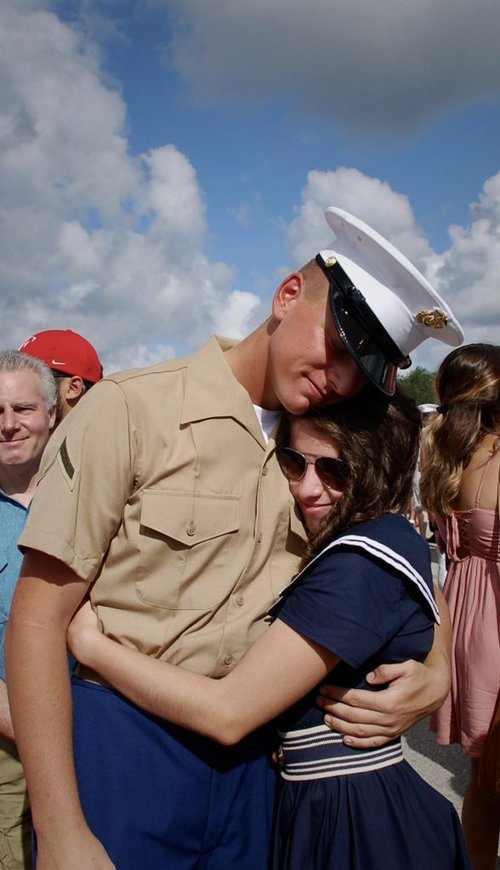 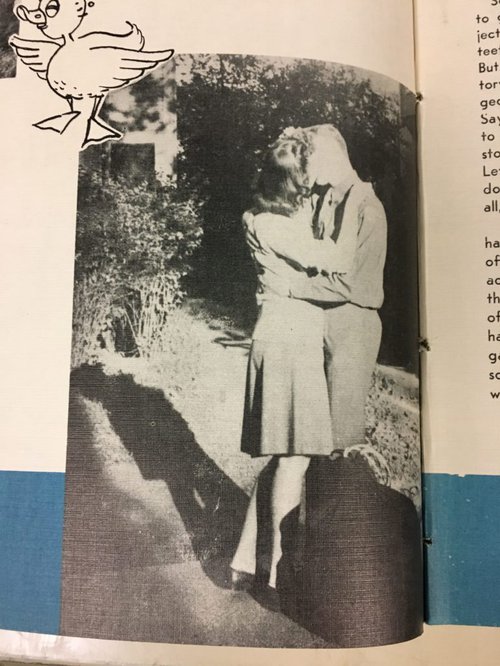 The image that pulled me in emotionally. Photograph from Vol. 1, No. 5 of The Fledgling. (September, 1943) From the Syracuse University World War II Collection.

As I said, history is not my strong suit. While processing the collection, I had to continuously look up dates to make sure I was sorting things into the right time period. I can’t tell you anything about the military structure of the time or list any battles Syracuse University students may have fought in. Despite that, I still feel like I understand the history of the collection because of the connections I’ve made to the people who lived during that time and their stories. I love that my job gives me the opportunity to explore primary source artifacts, but my favorite part of my job is not the history, the preservation, or the organization of a collection. My favorite part of my job is the stories that pull me in.