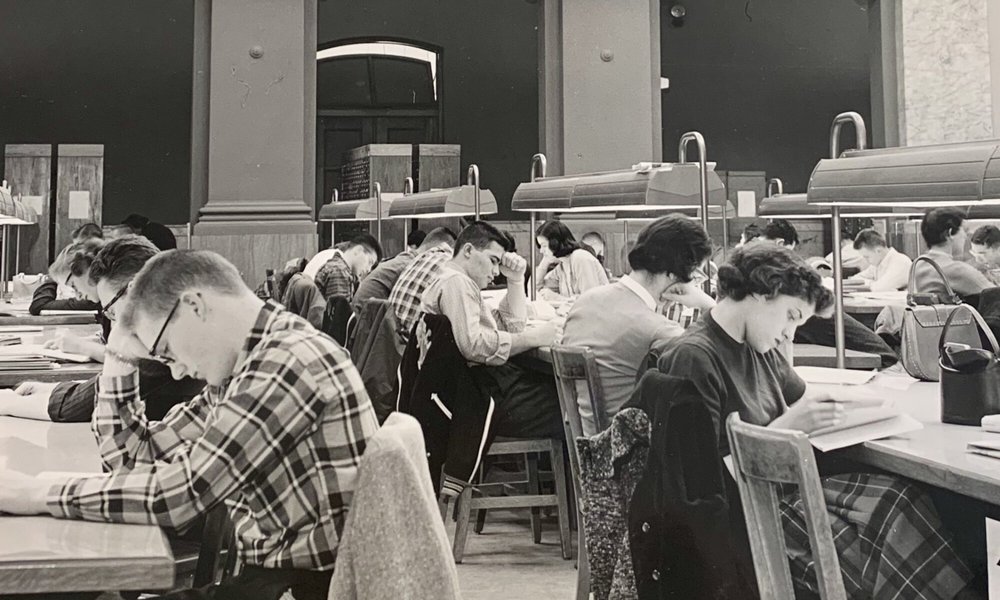 “Hail, Librarians, holders o’ the golden keys!”, wrote poet Frank Elijah Dudley in 1955. This line belongs to a series of poems that Dudley personally sent to Syracuse University Librarians. A writer and poet, Dudley valued knowledge and frequently expressed his appreciation by sending poetry to libraries all around the United States— it also helped that it was free publicity for his own works. Frank Elijah Dudley (sometimes referred to as F.E.D.)  was born in Bath, NY in 1884. Mr. Dudley also traveled around the country giving recitations of his writings in order to fund the publication of his poetry.

In the Frank Elijah Dudley Papers housed at the Special Collections Research Center, Dudley’s writings often refer to various New York locations, such as the “Lackawanna Lake Shore,” the “Chautauqua Assembly,” “Rochester’s Russell,” and “Syracuse’s Wells.” Also within his collection is a packet addressed to “Syracuse University Special Collections through Lester G. Wells Librarian” that contains 31 different poems on various subjects. Some poems have been anointed with golden stars around the edges. 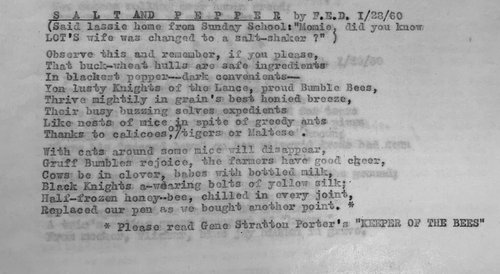 As an MLIS candidate, I was intrigued by Dudley’s sentiments towards the SU Librarians and I decided to take a deeper look into the activities of the SU libraries during this time. The 1950s were a period of expansion and development for the SU libraries. In 1956, after years of students advocating for extended library hours, the library eliminated what was referred to as  “supper break.” Instead of students having to leave the library from 6pm to 7pm to accommodate dinner time, the library would be open straight through from 7:50am to 10pm. During this time, the library also announced it would also extend their hours later on Friday night. 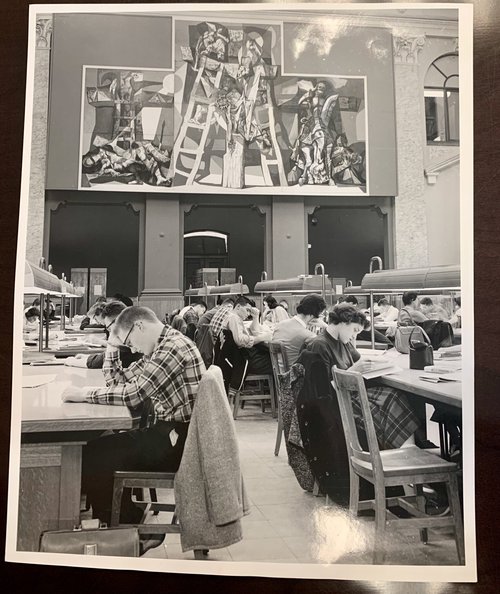 Searching through the library’s history was riveting because I gained more insight on the development of library programming and general library development over the ages. For example, one article published by the “Daily Orange” in 1959 advertised a film showing in the library. However, this wasn’t an ordinary film — it was titled “Research in the Library” and it was meant to help teach students how to write a paper, how to use the card catalog, and how to read reference books. Many students can probably relate to this experience, as we have all had our librarians come into our classes to teach us how to conduct research and how to use reference materials. 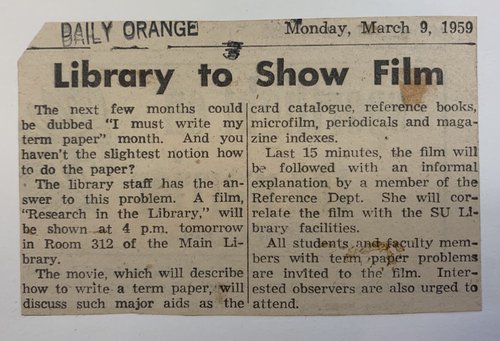 All in all, I’m sure that Dudley’s poetry put a smile on some faces within the library. In a time where the SU libraries were expanding to accommodate increasing student needs, these poems might have allowed the university librarians a dose of positivity.