Breviary on vellum, or a book that contains daily services recited by members of the Roman Catholic Church 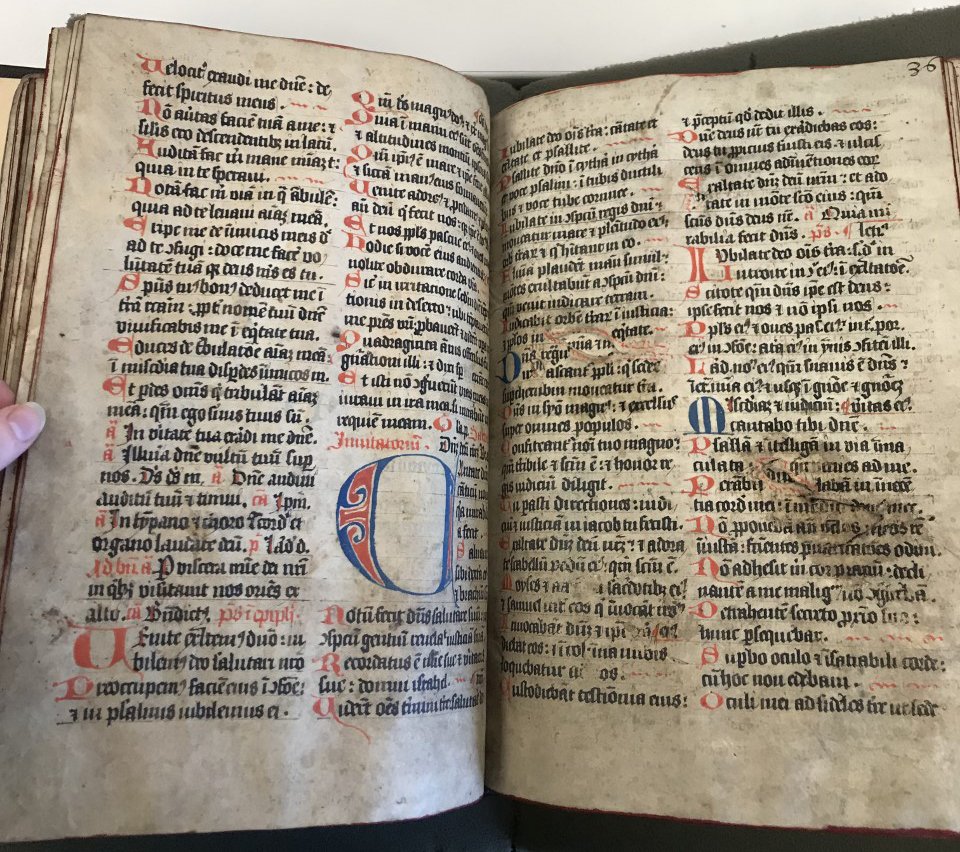 MS 47 located in the Special Collections Research Center at Syracuse University is a breviary on vellum, or a book that contains daily services recited by members of the Roman Catholic Church. This manuscript is spectacular in that it contains its original 12th century text underneath a more recent 16th century writing, which are both visible together almost in a double-text display. The idea of re-using and writing over older texts is known through the palimpsest, a manuscript page that has been scraped away and removed of its text in order to be re-used. The term palimpsest comes from the Greek word palímpsēstos, meaning, “again scraped” as this was a commonly practiced technique throughout the ancient world. The 16th century scribe of this palimpsest attempted to erase its 12th century origins through scraping; however, this manuscript clearly shows traces of the past. 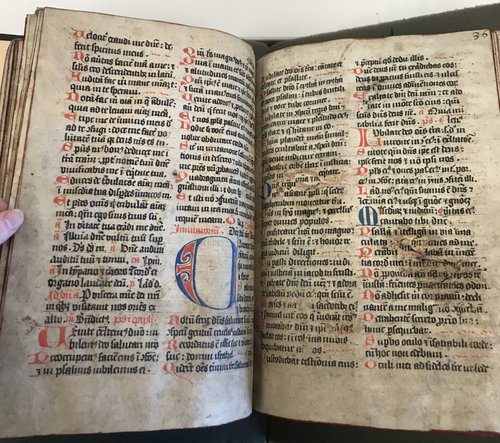 Two palimpsest pages inside the breviary that showcase traces of the 12th century writing underneath the more dominant 16th century text.

This unique gem in Special Collections sparked my interest from the moment I heard about it. As a graduate student in art history and museum studies here at Syracuse, my specialization is in Italian Renaissance art and the history of objects in museum or library collections. The utilitarian writings in these institutional books fascinate me in how they read today in the 21st century. They inspire us to place ourselves into the mindset of the original readers. This manuscript offers a unique glimpse into the past in two ways: through the 21st century view of Renaissance Europe and the Renaissance view of Medieval Latin texts.

The manuscript leaf in the above photograph provides a great example of the overlapping texts. There is almost a sfumato effect, or a smokiness, about the page. There are approximately 106 leaves on vellum and 2 leaves on paper, rebound in 1514 when the manuscript was re-written. At 31 by 24 centimeters, it is slightly larger than a piece of standard letter paper. Keeping the size in mind, it is marvelous how much text is placed on each page; the scribe(s) was obviously skilled in calligraphy. There are also occasional music annotations on the pages that tell us how lines of text would have been sung. This manuscript does not contain the gilding and illuminations of other manuscripts in our collections, but as an art history student, I found beauty in the pages that had been scraped away and in the holes and blotches in the text. Multiple individuals had written and designed these texts for religious institutions or noble patrons, and the patrons ultimately decided how they wanted the pages to look. Due to the condition of this manuscript, it can be inferred that the text has been held and used by many over the centuries, which demonstrates its necessity. 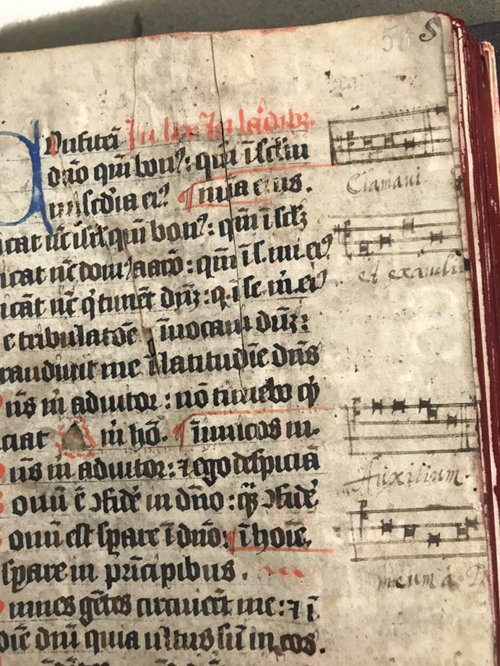 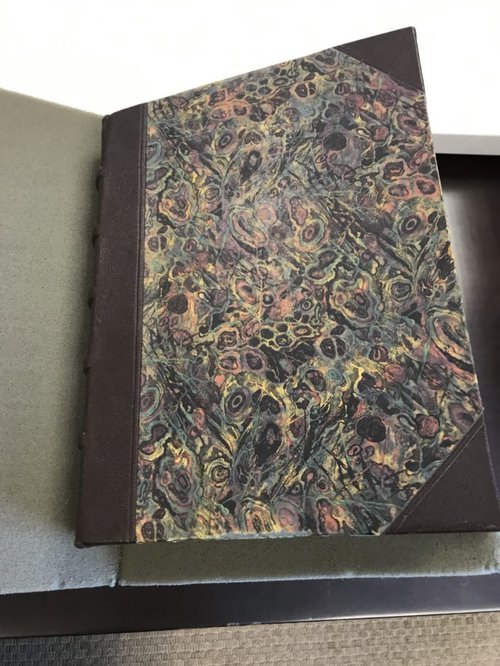 The rebound cover of the breviary.

This type of manuscript can be read today in many ways. One way is through the mind of the average citizen during the Renaissance. The other is contemporarily through the 21st century. For example, with current technological advancements such as radiography, institutions are now able to piece together information to learn more about manuscripts in hopes of learning more about the past. Through this technology, fingerprints could become legible, along with the textual changes, in order to see how they were made on the pages to create the final result. It would be fascinating to see what this process might reveal about the breviary at SCRC, should we ever get the chance to try this process at Syracuse University.

The use and reuse of this text continues today as it has been rebound with a 20th or 21st century binding. This manuscript has been altered multiple times over approximately nine centuries, which is incredible, and gives this text a rich history. Studying and handling this palimpsest, I realized how much it could provide insight into the lives of both the Renaissance and Medieval population, especially members of the Catholic Church. My art history background and my training here have allowed me to perform this research at the capacity of a graduate student staff member, which has in turn helped me prepare for a career working with collections.