Spheres of Influence: Globes from Around the World 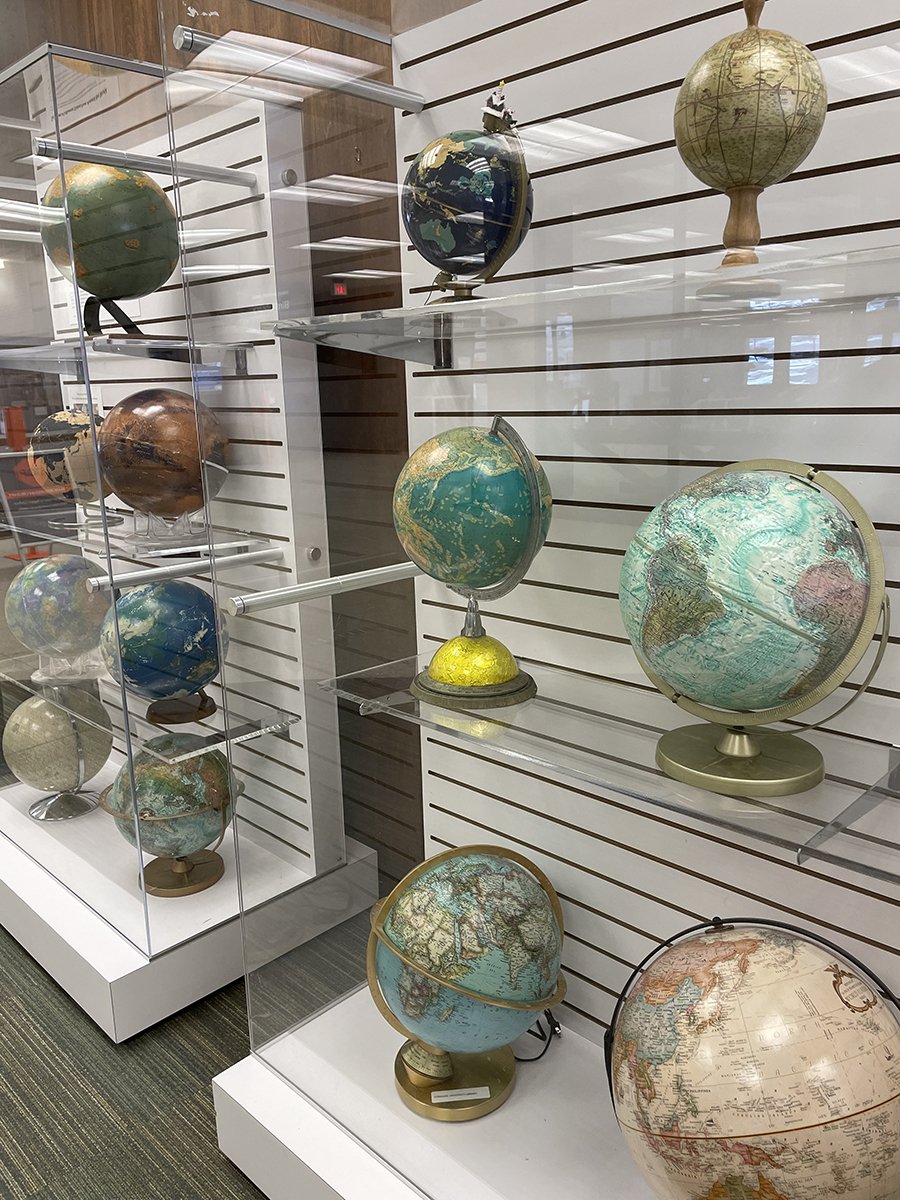 “I think the one overwhelming emotion that we had was when we saw the earth rising in the distance over the lunar landscape ... It makes us realize that we all do exist on one small globe. For from 230,000 miles away it really is a small planet.” - Astronaut: Frank Borman

A globe is a sphere or ball that bears a map of the Earth on its surface. The ancient Greeks, who knew the Earth to be a sphere, were the first to use globes to represent the surface of the Earth. The earliest surviving terrestrial globe was made in Nürnberg in 1492 by Martin Behaim. Today’s globes are typically hollow and may be made of almost any material. They will mainly show natural features such as deserts and mountain ranges, or political, showing countries, cities, etc. While most globes emphasize the surface of the land, a globe may also show the bottom of the sea. Globes are used to depict the surfaces of other planets such as the Moon, or Mars.*

Globes are the most accurate way to depict the Earth. Something that a flat map can’t do. Maps will distort the Earth’s surface in one or more directions as one moves closer to the North or South Pole. The paper map that is placed on a globe is typically made up of twelve gores, depending on the size of the globe, which are then glued to the sphere.

The globes displayed are designed to be more aesthetic than practical. They can be found as a decoration, a toy, a piece of jewelry, or they can be functional objects that are in the shape of a globe. As you can see, they come in all shapes and sizes and colors. These globes are part of a collection belonging to John Olson, Government and Geo-Information Librarian, who has been collecting miniature globes over the past 30 years. The globes represented here are some of the more interesting and diverse depictions of our Earth from his collection. There are also a few larger examples of historical and current day globes from the Map and Atlas collection found in the Map Room on the third floor of this library.

To see the largest globe on the SU campus, walk inside the lobby of Heroy Hall and look up.

A four-minute video on YouTube from Chicago History Museum gives you an idea about how globes are made.