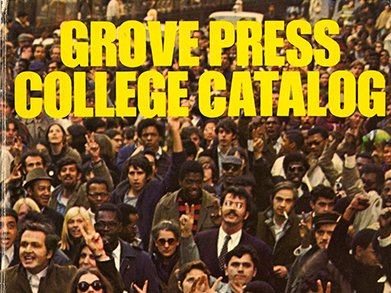 Substantial collections that relate to printing and publishing history and material illuminating the development of the technology of printing and the publishing industries that enabled the rapid advancement of human knowledge. The collections is a global enterprise with local specializations. While there are woodblock printing technologies that are earlier manifestations of this impulse to print and publish, the major focus of this collecting area is the evolution of printing from moveable type and the printing cultures that grew out of it. It includes good representational holdings of incunabula from the beginnings of printing technology as well as the manuscript predecessors upon which the first printed books were modeled.

Beyond these beginnings, the collection includes examples of how illustrations came to be added to the text of books. The transitions indicated by woodblock illustrations, copperplate prints, lithographs, steel engravings, photomechanical illustrations, and offset printing are well documented. It even includes the archival holdings of some firms that had special niches and roles in American publishing history, such as the American Book Publishing Company, the Street and Smith Company, and Grove Press.

Formats in this collecting area include books, newspapers, pamphlets, serials, broadsides, maps, posters, and printed ephemera. The history of printing with moveable type has European origins, but the published works in this subject area from England and the United States are particularly well represented in our holdings.

Related collecting areas include Antiquarian Books and Photography and Photojournalism.

See all illustrators...
See all publishing and printing history...

Many of the illustration and printing history collections include audio and visual materials. In particular, see:

SCRC has items from many highpoints in the history of printing and book illustration. Examples include two leaves from the Gutenberg Bible, the first illustrated medical book (Fasciculus medicinae), an original set of William Blake's Songs of Innocence, the Kelmscott Chaucer, virtually all of the books illustrated by N. C. Wyeth, and a complete set of Audubon's Birds of America.