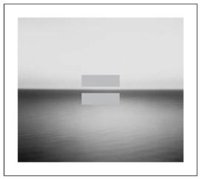 Founded in 1906 by a group of forty-two crafts persons residing in New York City (among them the famed typographer Frederick W. Goudy) the Guild of Book Workers is the oldest continuously active book-craft society in the country. It survived two World Wars and the Depression due to the efforts of volunteer members. Following the Second World War, the guild experienced a decline in membership and became affiliated with the American Institute of Graphic Arts in New York until the late 1970s, when it began a steady period of growth. It now has in excess of one thousand members and has expanded internationally.

The selections from the approximately fifty works in the curated retrospective illustrate the roots of contemporary American bookbinding as well as highlight the work of some of its most significant proponents. The juried exhibition will feature contemporary book works by leading binders and book artists in the guild representing the broad spectrum and vitality of the book arts at the beginning of the twenty-first century. Bookbinding and the book arts have changed greatly over the past one hundred years, and especially since the rise of the artist’s book movement, which has transformed the book from a flat canvas of two covers and spine to an (oftentimes) sculptural and interactive object.