The Power and The Piety: the World of Medieval and Renaissance Europe Special Collections Research Center 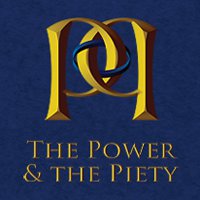 "The Power and The Piety: the World of Medieval and Renaissance Europe" showcases the Libraries' collection of illuminated manuscripts and early printed works, including a leaf from the Gutenberg Bible.

The title "The Power and The Piety," refers to extraordinary influence that secular monarchies and the Church had on the lives of everyday men and women. Richly illustrated late medieval psalters and books of hours exemplify the painstaking attention that the pious paid to their spiritual well-being. But the printing revolution made it possible for new ideas to spread more rapidly. Printed works like Thomas Hobbes' "Leviathan" (1651) signified the increasing power wielded by kings, queens and other secular authorities. As the Protestant Reformation and Scientific Revolution took hold of Europe, the power of the Catholic Church further waned. "The Power and the Piety" includes such important works as the first King James Bible (1611) and a second printing of Copernicus' "De Revolutionibus Orbium Coelestium" (1566), which argued in favor of a heliocentric, or sun-centered, universe.

The exhibition is arranged thematically, highlighting the overarching themes of power and piety, as well as English literature, music, architecture, science and fine bindings. According to curator Kyle, "The Power and the Piety highlights the world that shaped our own—from religious martyrdom, to the politics of Machiavelli and the extraordinary prose of Shakespeare, this exhibition brings to life the rich and vibrant eras of Medieval and Renaissance Europe."

Read more about the Antiquarian Books Collections at the SCRC