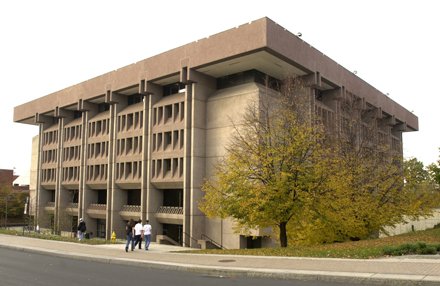 Notes: The move of over 1 million volumes and millions more manuscripts, pamphlets, microforms, media and other items in the collection from Carnegie Library, the library annex in the Continental Can Building and branch libraries began on July 31, 1972. The move took more than one month. On August 17, 1973, the library was closed to the public while tests were conducted to determine the stress capacity of the structure. Testing was completed at the request of the State Dormitory Authority. Concrete blocks were layered on the 5th floor equal to 150 lbs. per square foot while readings were made every three hours.