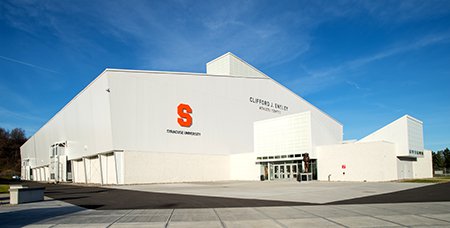 Funding: Major gifts from Ensley and former Syracuse Board of Trustees Chairman Richard L. Thompson '67 and his wife, Jean '66

Notes: The Ensley Athletic Center is an indoor practice facility designed for the football team as the primary tenant, but for use by all athletic programs including lacrosse and soccer. The facility also includes a 7,600 square-foot entry pavilion which houses meeting space and restrooms.