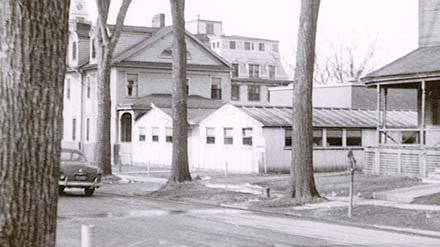 Notes: In early 1952, the School of Nursing moved into what was known as "Prefab 37." While it was supposed to be a temporary location, the prefab was used until 1972 when the College (no longer School) of Nursing moved to 426 Ostrom Avenue. The structure was razed for a parking lot.