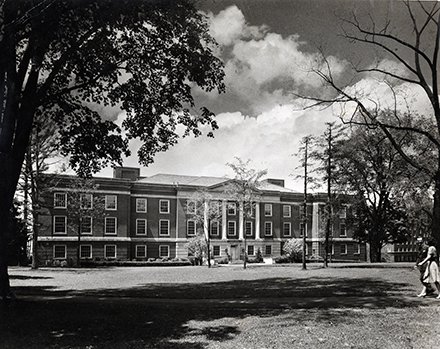 Space: 4 stories with laboratories, classrooms, lecture rooms, offices, an auditorium and a library

Notes: A loan of $825,000 was given to SU for construction of a Basic Sciences building for the College of Medicine by the federal Public Works Administration (PWA). In 1949, Syracuse was selected by the State University Board of Trustees as the site for the new Upstate Medical Center. In June 1950 the state assumed the remaining $640,000 of the original construction loan. In exchange, SU donated the land, as well as Yates Castle and its property, to the State for creation of the Upstate Medical Center.