Ninth Street Women by Mary Gabriel, an immersive look at the post-war modern art movement from the viewpoint of the women who helped shape it. 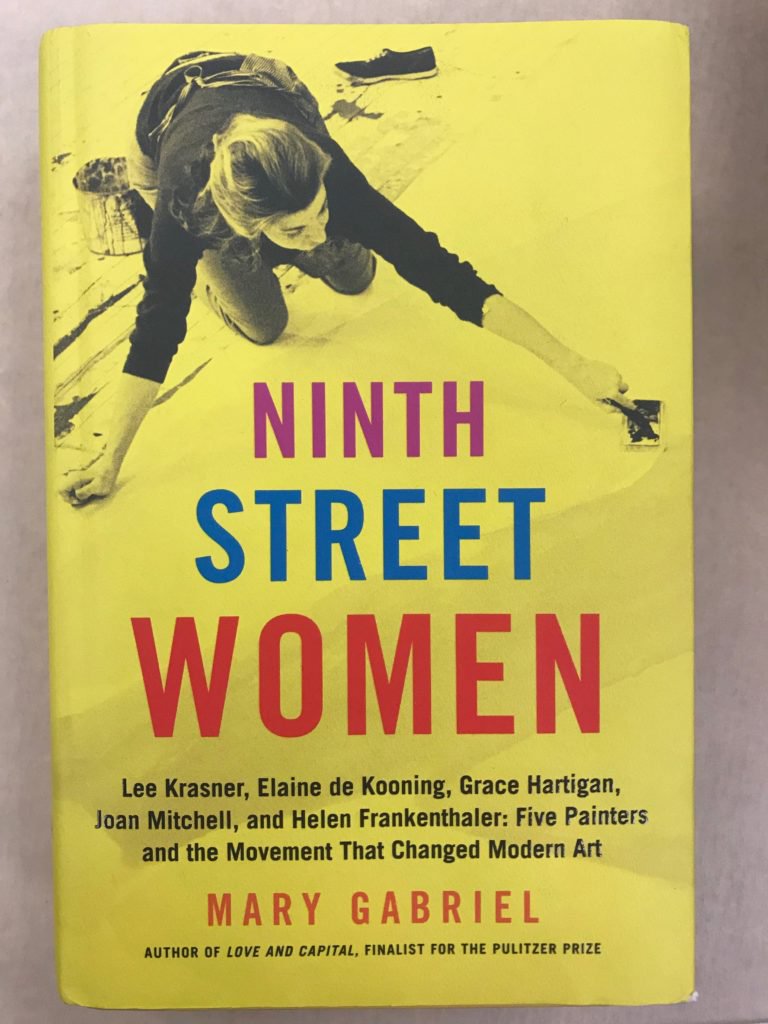 Every year, Special Collections incorporates new books featuring research and materials from SCRC collections into its own collections. This past year, author publications touched on a number of different subjects, ranging from illuminated manuscripts to a biography of the art collector and businessman Archer Milton Huntington. One of the books that joined our collections this year is Ninth Street Women by Mary Gabriel, an immersive look at the post-war modern art movement from the viewpoint of the women who helped shape it.

Gabriel's book takes on this subject by focusing on the lives and work of five artists: Lee Krasner, Elaine de Kooning, Grace Hartigan, Joan Mitchell, and Helen Frankenthaler. Gabriel's research stretches far and wide, incorporating documents and testimony from a number of archives and eyewitnesses. One of the sources Gabriel draws upon is the Grace Hartigan Papers, a manuscript collection held at Syracuse University. Gabriel employs Hartigan's diaries, correspondence, photographs and other writings from this collection to help tell Hartigan's story and the story of the Abstract Expressionist movement in her book. 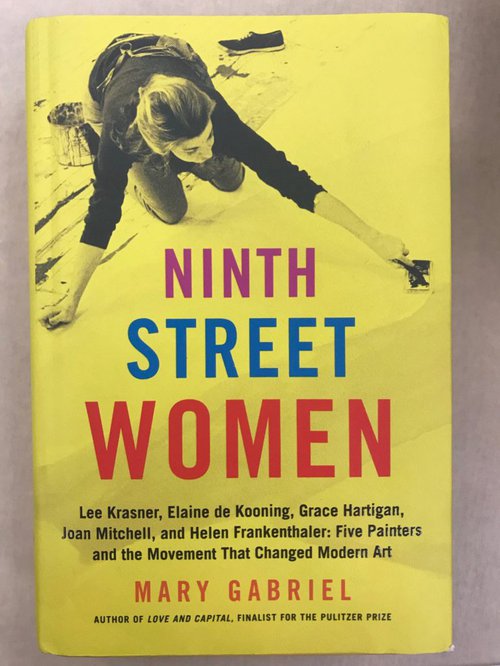 The cover of Ninth Street Women by Mary Gabriel. 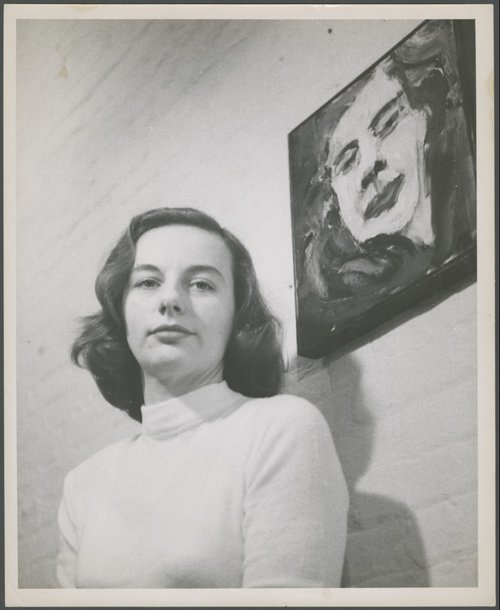 Grace Hartigan standing next to her self-portrait in 1953. 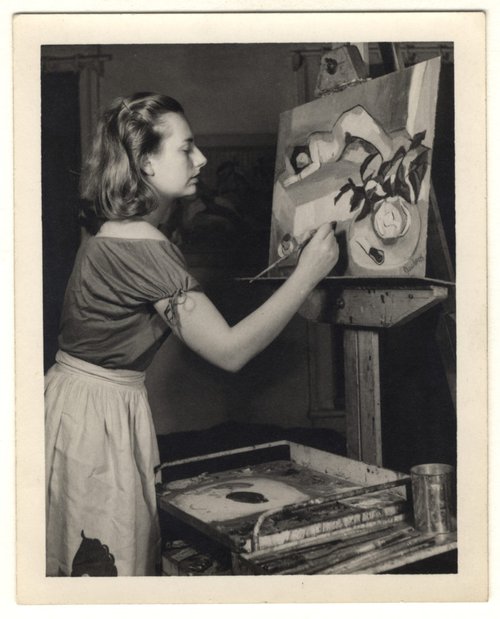 Grace Hartigan painting in a peasant blouse and skirt, her artistic uniform in the early days of her career.

The five artists, or protagonists, of the story, encompass the range of years of the modern art movement, from 1929 to 1959, and Gabriel brings in each new character in the order she naturally appears in the course of the art movement historically. Because Gabriel’s scope is broad — five artists and 30 years of history, she chooses to take a ‘horizontal’ rather than ‘vertical’ approach to the history and focuses on the intersections between these five artists and the movement as a whole, rather than extensively covering individual backgrounds, upbringings, and lives post-1959, when the movement had largely come to a conclusion (xvi). This approach helps keep her 700-page bright yellow tome moving at a surprisingly brisk, easy pace.

Lee Krasner and Elaine de Kooning dominate the early pages of the book, detailing the early years of the art movement in the 1930s and Krasner's involvement with the WPA, and "second generation" Abstract Expressionists Joan Mitchell and Helen Frankenthaler, both formally educated in art schools and programs, appear towards the latter part of the movement in the early 1950s. Sandwiched in between the two groups, and, in some way, acting as a bridge between, Grace Hartigan's story is told. Hartigan's work is informed both by her Great Depression upbringing and her early married years which took place amidst the United States’ involvement in World War II. Hartigan experienced her first taste of the art world at this time, working at an aeronautical factory in New Jersey in the drafting department.

Hartigan struck out on her own at 26, separating from her husband and leaving her son with his grandparents in New Jersey. She began to negotiate how she would become an artist on her own, first traveling west and taking art classes and then living and working among other artists in a freezing apartment building in New York City for a decade, working as an artists' model to support herself and using flimsy pretexts to keep from being evicted from her living space. Gabriel underscores Hartigan's complicated journey and transformation into an independent artist with reference to Hartigan's changing wardrobe, from peasant blouses and skirts to jeans, army fatigues, and work boots.

An advertisement for the Ninth Street Show, featuring artwork by “George Hartigan,” the nom de guerre Grace Hartigan initially assumed when exhibiting her work as an artist.

Even as the story focuses on the women of the movement, gender dynamics are never entirely absent from the narrative. The book takes its name from the Ninth Street Show, a 1951 art exhibit that marked the first time the five central painters all exhibited work together. Ninth Street also refers to the area where these artists lived and worked together, frequenting the same bars and cafes, notably including the dingy, and later famed Cedar Bar located between 8th and 9th streets. At the time of the 1951 exhibit, however, Grace Hartigan, taking her cues from writers George Eliot and Georges Sand, was exhibiting her work under the name "George Hartigan." She was not hiding her identity as a woman (most artists, buyers, and writers were aware that Grace was behind the works exhibited), but her choice underlined the difficulties women faced as artists in a largely male-dominated field.

Works like Gabriel's highlight the complexity of individuals like Grace Hartigan and provide context for unexplored historical perspectives. One of the most exciting parts about facilitating the research of scholars and writers in the archives are the articles, books, and publications that are produced from this interaction. Incorporating works that touch significantly on collections in our holdings ultimately makes our collections, and our understanding of them, richer.