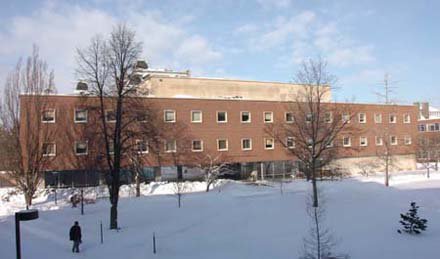 Location: East of Hinds Hall, south of Hall of Languages, on Main Campus

Notes: The first entirely air-conditioned building on campus. Mrs. Huntington B. Crouse was on hand for the dedication and was presented with a gold key to the building by Chancellor William P. Tolley. A weeklong dedication celebration with the theme, "Humanities and a Technological World" was held, including lectures by August Heckscher, special White House consultant on the Arts; novelist Bernard Malamud; and Sir Edouard Morot, cultural counselor to the French Embassy. Morot was given an honorary degree.

In October 1967 a 60' x 20' mosaic mural representing the famous Sacco-Vanzetti case designed by artist Ben Shahn and executed by Gabriel Loire was added.