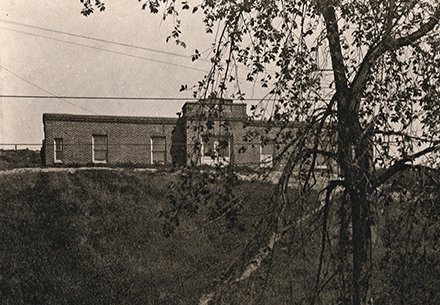 Notes: In 1912 Syracuse University was the first college in the United States to teach photography. Alumnus Frank Marion, of the Kalem Moving Picture Company, NYC, wanted the Department of Photography to promote education in the practical aspect of photography, such as cameras, composition and lighting. In 1913 he was authorized by SU to build the Photography Building at his own expense. Eastman Kodak Company donated 8 cameras; a kaleidoscope was the gift of Thomas A. Edison. Plans for a glass-enclosed second story for motion picture production were never realized, as by 1918 the building had been renovated for use by the Department of Military Science. From 1926 until it was demolished for the construction of White Hall the building was used for crafts such as ceramics.