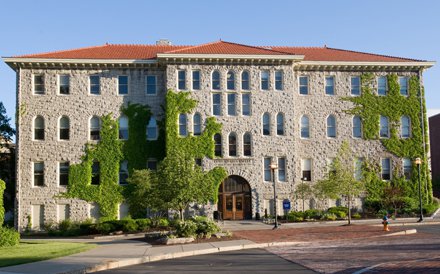 Notes: Originally called Esther Baker Steele Hall of Physics, it was designed to match the Holden Observatory in style. Originally, it housed the Physics Department, until then located in the Hall of Languages. Over the years it has been the home of many other departments, such as Biology, Architecture and Citizenship. In 1969, the Physics Building was completed and Steele became an administration building. Functional improvements have been made over the years.